Anthony Smith: Ryan Spann can ‘f*ck off’ before getting rematch, ‘he’s my b*tch forever and he knows it’ 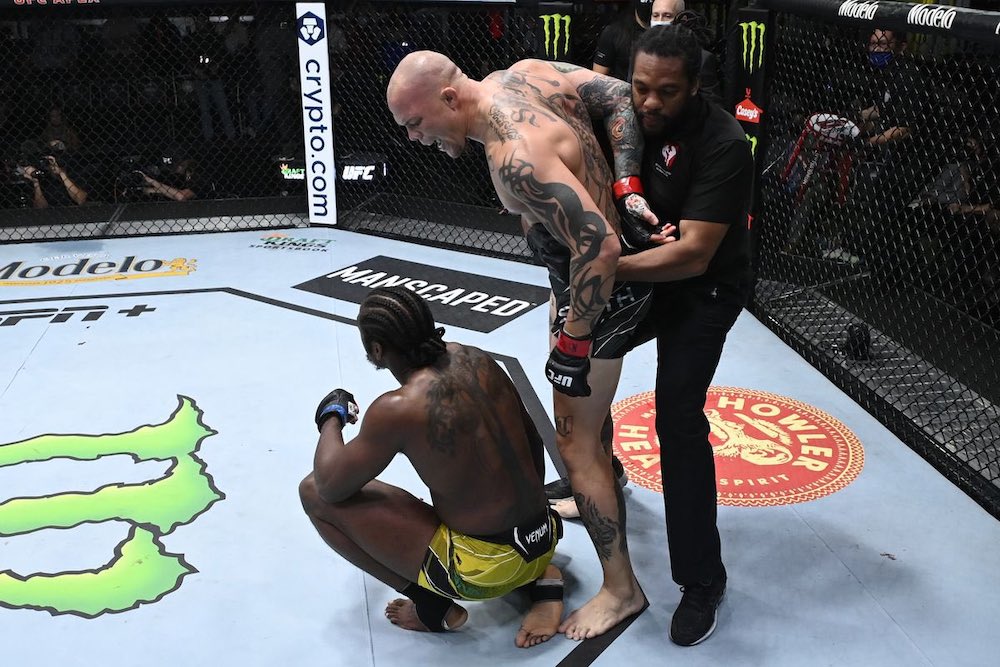 Anthony Smith has no interest in running things back with Ryan Spann.

Since losing to Smith (36-17 MMA, 11-7 UFC) by first-round submission in the UFC Fight Night 192 headliner in September 2021, Spann (21-7 MMA, 7-2 UFC) has scored back-to-back first-round finishes of Ion Cutelaba, and most recently a vicious knockout of Dominick Reyes at UFC 281.

Following his win over Reyes, Spann appeared to indirectly call Smith out, saying that he’s targeting the top five – but not No. 4, 3 or 2. Smith is currently ranked No. 5 in the UFC’s light heavyweight division, so with No. 1 Glover Teixeira slated to rematch champion Jiri Prochazka at UFC 282, he understood that Spann meant him.

“I don’t know what happened in our fight that left him with any confidence that he thinks he can still beat me or that he deserves a rematch,” Smith said on Michael Bisping’s “Believe You Me” podcast. “I had him on ice skates until he was shooting takedowns, I strangled him, and then stood over his body, reminding him what he said he was going to do to me. So, he’s my b*tch forever and he knows it.

“Eventually, he may work himself into a situation where we’re gonna rematch, but I already fought down when I gave him an opportunity. Until he does something where I go, ‘Oh, wow, that was super impressive,’ he can f*ck off. Him being an asshole didn’t work out for him the last time… he barely handled the first loss, what’s he gonna do with the second?”

Smith is coming off a second-round TKO loss to Magomed Ankalaev at UFC 277 in July, which snapped his three-fight winning streak. He also suffered a broken ankle in the bout which required surgery.