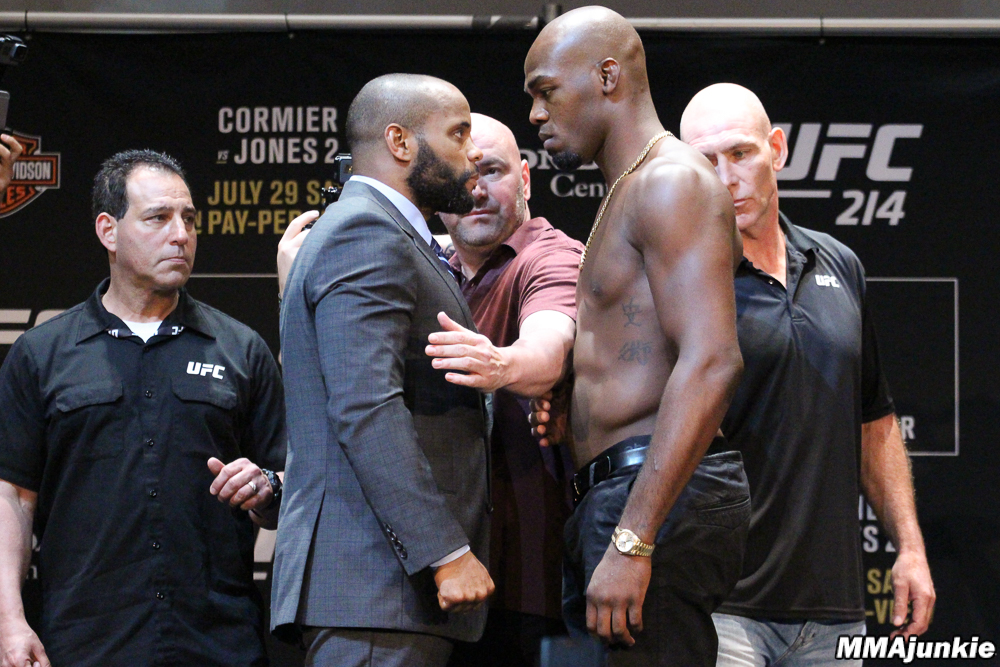 Daniel Cormier believes that, despite Jon Jones’ long layoff, he could capture the UFC heavyweight title.

However, that’s not what Cormier initially thought about his arch rival. Prior to heavyweight champion Francis Ngannou’s title-unification bout with Ciryl Gane at UFC 270 in January, Cormier said Jones would lose to both due to the time away and weight difference.

“My opinion of him has changed in this regard, that I think that he’s so talented that, regardless, he’ll be OK,” Cormier said on The MMA Hour. “I also believe that he’s going to make sure that he still can compete.”

Jones (26-1 MMA, 20-1 UFC) holds two wins over Cormier – one of them a knockout at UFC 214, which was overturned to a no contest after Jones tested positive for a turinabol metabolite. Four title defenses later, Jones decided to relinquish his light heavyweight belt in August 2020, but more than two years have passed and Jones is yet to make his heavyweight debut.

But Cormier no longer sees that as an issue. He pointed to former UFC welterweight champion Georges St-Pierre, who was able to return from a four-year long layoff to dethrone then-middleweight champ Michael Bisping at UFC 217.

Cormier doesn’t see why Jones couldn’t achieve that feat, too.

“You know what’s crazy, like, everybody’s talking about three years, three years, but there are other people that have come back,” Cormier added. “Georges St-Pierre won a championship after being away all that time.”

Photos: Jon Jones through the years